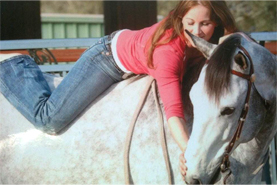 The Bach flower remedies were formulated by an English MD by the name of Edward Bach back in the 1930’s. The basis of his discovery was his observation that one’s mental and emotional attitude had a profound effect on the body. Patients who had a positive outlook had a better prognosis and got well quicker than those with a negative perspective on life. This link between mind, body, and spirit and the conclusion that emotional harmony brings rise to physical well-being and alternatively emotional disharmony will bring about disease was the foundation upon which Dr.Bach built his life’s work. He also adopted the similar philosophy of homeopathic medicine where the focus was on treating the patient rather than the disease, and addressing the cause rather than the symptoms of the disease. Out of his interest in immunology and his subsequent development of vaccines, came a realization that patients with similar emotional patterns or personalities responded best to the same type of homeopathic vaccine. This led him to search out plant-based vaccines/nosodes that would actually heal negative emotional states and offer his patients a treatment not just for the disease but for the underlying emotional root cause. This system provided a means of freeing the body of the negative thoughts and emotions, which in time can manifest into physical disease, and allowing the body’s own natural healing processes a chance to work!

This system is composed of 38 individual remedies or flower essences. The selection of remedies to give a patient depends on not just the current state of mind but the possibility of deeper issues or personality traits. While it is the only form of treatment that is aimed solely at mental and emotional states so as to alleviate a behavioral problem and or potentially prevent future illness, it should be considered when there is a physical problem as well. Because the remedies can be used alongside other forms of treatment, they are truly complimentary rather than alternative!

The opportunity to use Bach Flowers is really endless with horses. By nature, horses were meant to live in herds and so are naturally gregarious and can suffer from loneliness. Therefore the following situations can be helped by the use of a combination of remedies. Other emotions that can be alleviated may include the following.