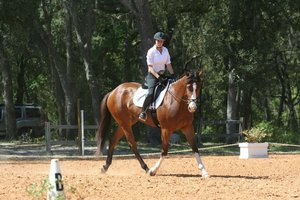 Homeopathy is a Greek term meaning “similar suffering” and implies that a substance capable of causing specific symptoms in a healthy patient can cure the same symptoms in an ill patient. Another translation is “like cures like” and means that which can cause disease can also cure it by stimulating the body to defend itself against the disease. In essence, homeopathy is a natural system of medicine that uses specific remedies to stimulate ones own immune system in order to restore health. Whereas homeopathy has its origins dating back to the early 1800’s, homotoxicology was formulated by Hans-Heinrich Reckeweg, a German doctor in 1952. He combined his knowledge of classical homeopathy with modern medical science to form homotoxicology which provides a wonderfully effective bridge between the two forms of medicine! While both homeopathy and homotoxicology both act to restore the body’s ability to regulate the impaired function of an affected organism and reinstate its full functional capacity, they differ in how their remedies are formulated. Whereas they both derive their remedies from plants minerals and animals, homotoxicology also incorporates catalysts in the form of enzymes and hormones to further regulate and modulate.

Because of its ability to cure both acute and chronic conditions with few to no side effects and risk of further harming the patient, and its concomitant use with conventional medicine, homotoxicology has a wide variety of applications. Two of the more popular remedies are Traumeel and Zeel. They are both exceptional anti-inflammatories that also have the ability to heal. The problem with conventional anti-inflammatories such as bute, equioxx, and banamine is that while they are very effective at stopping inflammation, they also stop healing! Incorporating the use of an anti-inflammatory that potentiates regeneration of bone, cartilage, soft tissue, etcetera allows for actual repairs to take place! Some of the more commonly used applications for homotoxicology are listed below…remember this is just the short list!